Utopia: Origin is a survival MMORPG, ARK: Survival Evolved or Conan Exiles style, where you get to delve deep into a huge fantasy world and do basically whatever you want: fight against monsters, talk to other players, build all kinds of buildings, explore inhospitable areas, and much more.

Controls in Utopia: Origin are easy to use and intuitive: use your left thumb to move your character and the right one to carry out different actions such as attacking, jumping, talking, picking up objects, etc. You can also alternate between first and third person view at any given moment.

Once you create your character, you and the rest of the players will begin at the same starting point. This place is completely safe and you can learn how to manage your way around this world on your own. Learn how to fight or craft yourself all kinds of tools and even build tiny buildings. You can also start traveling using the different portals.

Moving around the Utopia: Origin world is a true delight. You can run anywhere and teleport yourself as well as climb different structures, swim, dive and even ride different elements (including flying creatures).

Utopia: Origin is a spectacular MMORPG in every sense of the word that, unlike other games in the same genre, it doesn’t constantly take you by the hand or become annoying. The game lets you freely explore on your own, which is a great advantage. 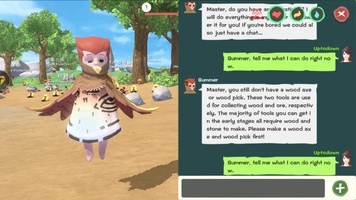 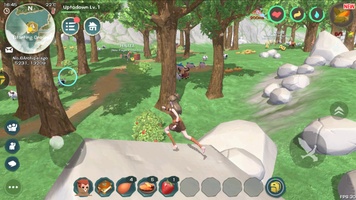 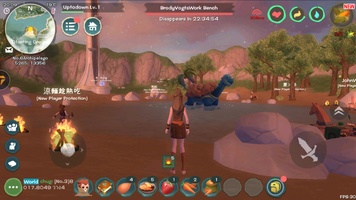