Warhammer 40,000: Space Wolf is a game for Android devices set in the popular futuristic universe from Games Workshop – or, more specifically, in the Space Wolves chapter.

The gameplay is more like a board game than a typical strategy game. The turn-based combat is fought on a virtual grid on which you can move up to three characters through 3D spaces. When you confront your enemies in small fights, you’ll have to be smart about the orders you give. The attacks and movements are decided by how you use the deck of cards. In fact, an important part of the game is to improve your decks for better attacks and therefore a greater chance of winning.

As you complete missions, you’ll unlock new ones, advancing through a campaign in which you’ll face the forces of Chaos. You’ll add new members to your team and new cards to your deck, improving your characters’ abilities along the way. Each mission requires something different, and when you complete it, you’ll earn better rewards. In the 41st millennium war is everywhere! 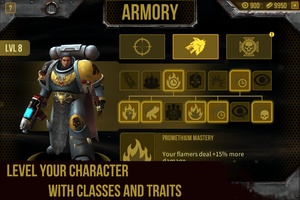 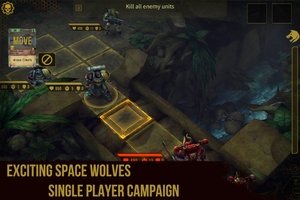 Age of Colonization for Android