Shadowverse is a collectible card game in which you can take part in exciting duels against other players from around the world. Both careful planning and good in-game strategy will be fundamental to coming out of each match victorious.

This game by Cygames stands out due to its spectacular visual style which mixes anime-style graphics and medieval fantasy imagery. This design choice is prevalent throughout the game, and serves as a unique element that separates it from similar games in the genre.

The gameplay in Shadowverse isn’t terribly different from other classics like Magic: The Gathering and Hearthstone. You need to reduce the enemy life points to zero by attacking them with monsters and spells during the match, all while trying to keep your own health intact.

The game features the typical turn-based style combat where you cast spells and summon creatures with all kinds of abilities. Shadowverse stands out from the crowd thanks to one unique aspect: you can evolve your cards to give them more power. This ability takes a few turns and will be key to defeating your foes.

Shadowverse is a fantastic game with more than 1,000 different cards to add to your deck. Depending on the main character you choose, you’ll have different spells that you can unleash on your opponent. On top of the traditional PvP matches, there is a campaign mode where you can get new cards and discover the story behind the characters that inhabit the world of Shadowverse. 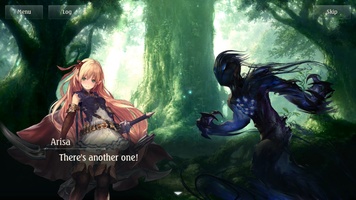 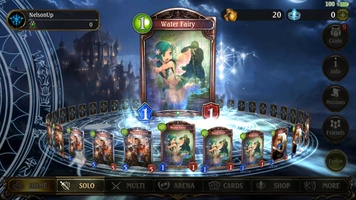 Bloodline: Heroes of Lithas for Android