Sarkar Infinite is the official video game for the Indian action movie Sarkar, where you can play the main character, Sundar Ramasamy, and recreate one of the most spectacular scenes from the film: the one with the fight in the building under construction.

The controls in Sarkar Infinite are very simple. On the left side of the screen you have a virtual stick to control the motion of your character, and on the right your buttons to attack, cover, and kneel on the ground. And that’s it.

Your aim in a normal game in Sarkar Infinite is simple: to take down as many thugs as you can … before they do the same to you. And that’s something that’ll definitely happen eventually, as new opponents never stop appearing. Luckily, depending on how skilled you are, you can easily take between 30 and 50 bad guys down with you.

Sarkar Infinite is a very entertaining action game with outstanding graphics and animations. The only problem is that it doesn’t offer a lot of variety, as it has only one setting and a handful of different enemies. 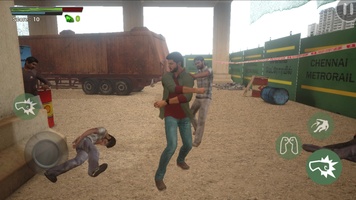 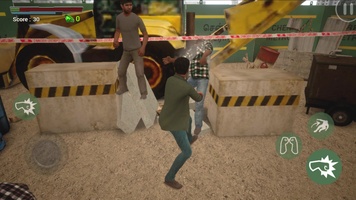 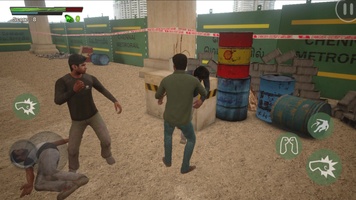