Ronin: The Last Samurai for Android

Ronin: The Last Samurai is a 3D action game in which you can play as a ronin, or masterless samurai, and go head-to-head against all kinds of enemies: bandits, enemy soldiers, ninjas, and even other samurai.

Ronin: The Last Samurai has controls that work great on touchscreen devices. Just swipe in any direction to move your character, tap on the button on the left side of the screen to block attacks, and use the buttons on the right to attack and unleash your special attack.

Timing plays an important part in the gameplay of Ronin: The Last Samurai. Just like in Dark Souls, if you tap on the block button at the moment the enemy attacks you’ll be able to parry. Along the same lines, you can tap on your attack button when the enemy uses a strong attack to stun them and inflict massive damage. As you move on to more difficult levels, these techniques become essential.

In between games, you can customize your samurai. Although you’ll start the game with just one outfit and katana, as you play you’ll be able to unlock new weapons and outfits that will strengthen your character. Some items even change your playing style. For example, if you trade your katana for two short swords, you’ll attack faster but will inflict less damage. Of course, you can also level up your weapons and unlock new special attacks as you progress through the game.

Ronin: The Last Samurai is an excellent action game with charming graphics and controls that work perfectly on touchscreen devices. On top of all that, this game is packed with content, with loads of enemies, missions, outfits, weapons, and unlockable skills. 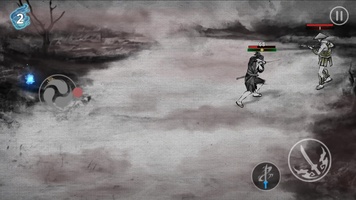 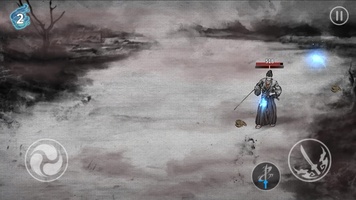 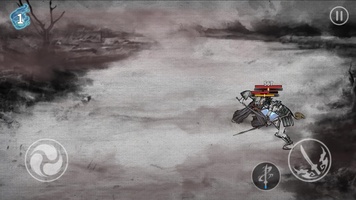