Rail Maze is a logic game where you have to help trains get to the end of their tracks without hitting anything or derailing. To do so you need to organize the rail lines in a way that keeps the trains circulating, dodging obstacles, and on the right track.

The game is divided into 100 levels of increasing difficulty. You start with the simple task of changing a track’s direction so the train can go through a tunnel. As you go further into the following levels, new challenges start testing your skills. You have to avoid bombs, manage a great number of train lines at the same time, stop them from crashing, move tracks for different trains, and other types of puzzles that can hook you for hours on end.

Rail Maze includes four game modes: maze, train builder, snake, and the longest train. You can create your own routes and see how many you can manage without the trains hitting each other.

The difficulty in the additional modes is an incentive to beat them all, since you can’t advance in the game if you haven’t fully completed all the puzzles on a section. 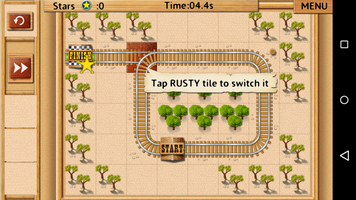 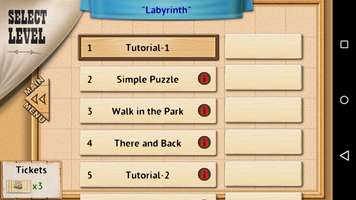 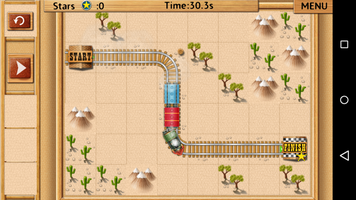