Old School RuneScape is a smartphone adaptation of the veteran MMORPG born in 2001 for PC. This adaptation uses the original version (called ‘Classic’) as a base to bring the full experience to touchscreens.

RuneScape is an enormous game with years of releasing new content behind it. The controls are based on doing touch gestures on the area onscreen where you want to move your character. Tap an object or item in the level to do context actions on, for example, a previously tagged object from your inventory. Although the system is intuitive, do keep in mind that this title has a few years behind it.

Unlike similar games, Old School RuneScape doesn’t have a main mission for you to complete or a plot line to follow. You simply take your avatar around a world plagued with enemies where you can do all sorts of actions, whether it’s killing monsters to get a few coins, trading with other players, or upgrading some of your skills (fishing, cooking, artisanship, blacksmithing, herbal medicine, or hunting, for example).

RuneScape is living history of the MMORPG genre that you can now also enjoy on your Android. Plus the client is cross-platform, so you can continue your adventures on other devices. 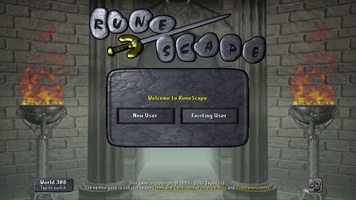