NieR Re[in]carnation is the first installment of the NieR saga for mobile devices. However, even though it takes place in the same universe as the first two titles in the franchise, it doesn’t share the same protagonist nor the same timeline. Your heroine is the Girl, a mysterious character who wakes up inside the Cage without knowing very well why she’s there and what has happened to her. As you progress through the game, you’ll be able to unlock your protagonist’s memories to discover her true identity. Luckily, you’ll have several companions to help you find out it.

The gameplay in NieR Re[in]carnation is divided into two very different parts. On the one hand, you have the exploration parts, where you’ll be able to go through a variety of beautiful settings, which, although they may be familiar to fans of the NieR saga, are new. During these exploration phases, you’ll be able to find improvements for your weapons, as well as other secrets that will allow you to advance in the story. On the other hand, you’ll have the combats, where your group of three characters will face the shadows. As usual in Android, you can choose whether to automate combat or control it manually.

As usual in this type of game, although you can recruit some characters during the story mode, some of the best heroes can only be obtained through the popular gacha system. Depending on your luck, you may even be able to recruit some familiar faces from the saga, from the previous two titles. Although again, it is important to note that the story of NieR Re[in]carnation is entirely independent of those of NieR and NieR: Automata. New characters, new story, new timeline.

NieR Re[in]carnation is a title with excellent production quality, directed by Yoko Taro and with a soundtrack by Keiichi Okabe –two compelling enough reasons for any fan of the saga (or video games in general) to give this exclusive work for mobile devices a chance. And to top it all off, this version of the game is in perfect English. 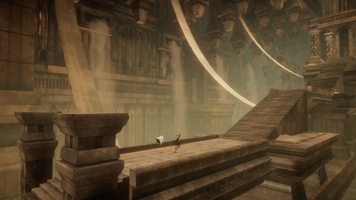 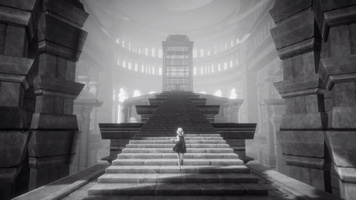