Metal Slug Attack is a tower defense game set in the Metal Slug universe. Here, you’re in charge of a group of soldiers, leading them through quick battles where strategy is the most important element. Of course, you can find all the well-known characters from the legendary SNK franchise to help you on your mission.

The gameplay is simple: every second, you receive a number of coins, which you can invest in buying soldiers and other troops. The footsoldier is the cheapest thing to buy, but you can also find tons of other elements, including tanks, planes, grenadiers, heroes, etc. Also, with the money and the medals you earn after completing each level, you can level-up your character and improve your units.

In Metal Slug Attack, you can find more than 100 different levels, in settings from around the world. In each level, you either face other enemies like yourself or massive bosses that can make devastating attacks on your base.

Even though the most interesting mode in Metal Slug Attack is campaign mode, there’s also a multiplayer mode for competing against other players on the same WiFi network. In this game mode, you can play with up to four players at the same time.

Metal Slug Attack is an outstanding tower defense game that takes advantage of the Metal Slug license, offering an excellent gameplay and spectacular graphics. The saga’s previous title was good, but this one’s even better. 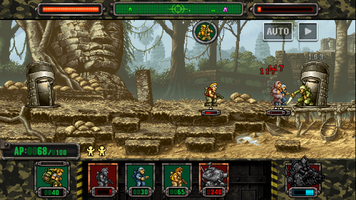 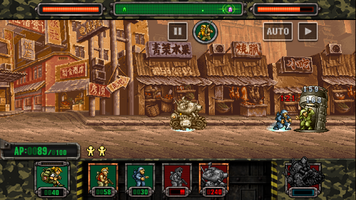