Major Mayhem 2 is an action game in which you’ll step into the shoes of a real American hero called the Sergeant, and single-handedly stop the Evil Villains Corporation’s malicious plans.

Major Mayhem 2’s control system is very simple: tap the screen to fire your weapon. That’s it. Use this simple control system to kill all the enemies that appear on the screen, keeping in mind that your character will take cover whenever you’re not shooting. Occasionally you can also jump by swiping up on the screen while your hero runs.

Major Mayhem 2 has more than fifty different levels, each one full of enemies and explosions. Fortunately, you have a huge arsenal of more than twenty weapons to use when confronting enemies, including several pistols, machine guns, shotguns and assault rifles. As usual, you’ll unlock the weapons one by one as you play the game.

Major Mayhem 2 is a great action game, with fun and addictive mechanics, as well as great graphics. And, while you might not have a problem finishing the game’s 50 levels, getting all three medals in each level will be incredibly challenging. 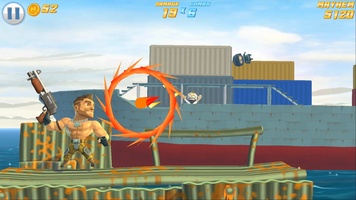 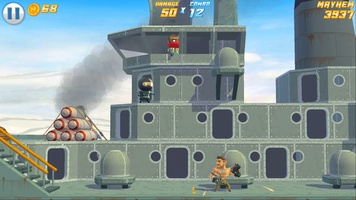 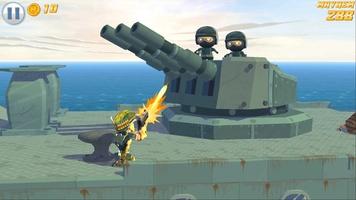 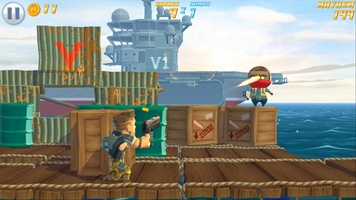