Lords & Knights is an online strategy game where you build and conquer castles to form your own empire. It’s an MMO set in medieval times where diplomatic alliances are necessary if you want to protect yourself.

Gameplay in Lords & Knights is similar to other strategy-based MMOs like Game of Thrones: Conquest and Mafia City. Basically, you have to build and improve various kinds of buildings to get resources as well as recruit troops.

Battles in Lords & Knights are important for gaining new resources, but diplomacy is even more important. Form alliances with other players if you want to survive. Then you can help them just as they would help you, lending resources and troops in times of need. Battles between various alliances determine much of what happens in this world.

Lords & Knights is an excellent strategy game where you spend lots of time navigating between its screens. It’s a world full of possibilities where you can make your castle into an impenetrable fortress with the right moves. 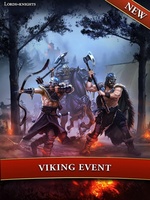 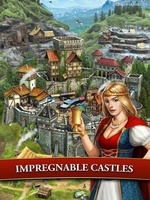 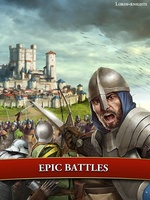 Aigis A for Android

Game Of Thrones: Winter is Coming for Android