Lineage 2M is a port for Android devices of NCsoft’s classic MMORPG, Lineage 2. It includes a spectacular makeover that adapts its visuals to the most demanding standards of this generation. Fifteen years after its original release, you can once again step foot on this magical fantasy world.

Lineage 2M’s control system is perfectly adapted to tactile devices. The virtual movement stick is on the left side of the screen, and the interaction and attack buttons are located to the right. Also, to talk to some characters, you simply have to touch them. Plus, access to the menus, including the inventory, is located in the upper right corner.

As in the original title, Lineage 2M has an absolutely colossal world that you can explore at will. Another feature that stands out is that you can see other players at all times, with whom you can talk and interact in many different ways. But, while collaborating with your friends, you can also focus on completing missions and destroying enemies on your own.

Lineage 2M is an excellent MMORPG for Android, which offers an outstanding graphic section and lets you enjoy an experience worthy of the new generation of consoles or PCs. We’re talking about one of the best representatives of the genre, up to par with classics like Black Desert Mobile or other similar games. 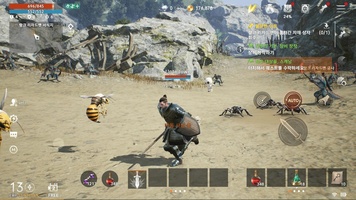 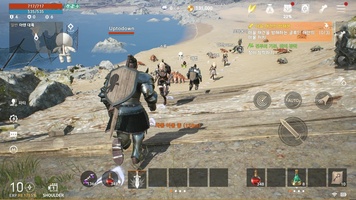