Head Soccer La Liga is a rather odd soccer game where, instead of playing with teams of eleven a side, you play one-on-one. You can choose any player to represent your team, and that person will be the only one on it.

You’ll have three buttons: one to jump and head the ball, one to take a shot on goal (which you can also use to hit the other player), and another button for special moves.

Even though you can play fair in Head Soccer La Liga by trying to score more goals than your opponent, any normal match will actually end up with both players completely beat up. Anything goes in this game, even intentionally kicking a rival.

In Head Soccer La Liga, you can play with almost any real player from any team in La Liga BBVA. Their players’ design is cartoon-like and well done. Cristiano Ronaldo, Sergio Ramos, Lio Messi, Andrés Iniesta, Griezman, Koke, Negredo, Larrivey … you’ll find all of them in this game.

Head Soccer La Liga is a very entertaining sports game where you can not only score goals (which everyone likes) but also kick your rival right in the face (which is even more fun, and actually less violent, since they all have giant heads). 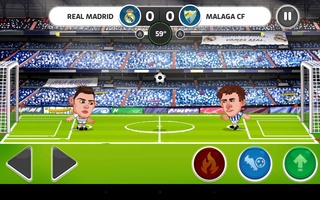 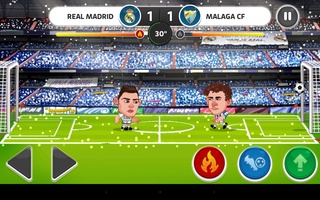 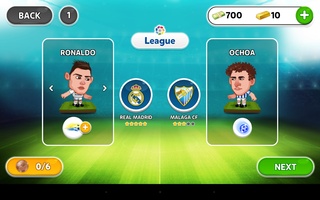 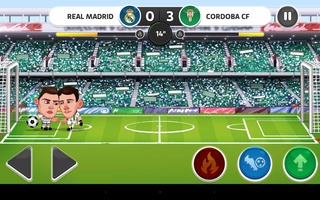