Grand Battle Royale is a third-person shooter that borrows the premise of the popular game PLAYERUNKNOWN’S BATTLEGROUNDS and adapts it to mobile devices. Your aim is to be the last one alive after a huge battle royale where you confront other players on an island full of weapons. The problem? An ever-shrinking forcefield will limit the size of the scenario as you play, so after 5 minutes, all the players have to be in the central area of the map … or die.

In Grand Battle Royale, you control your character from a third-person perspective, with a D-pad for moving on the left side of the screen and the camera controls on the right. To pick up one of the many weapons you find scattered around the island, just get close to it and tap on the button that appears. You can use a huge variety of pistols, shotguns, machine guns, and even axes and sticks.

Grand Battle Royale is an excellent massively multiplayer shooter that lets you explore an enormous setting and confront dozens of players at once. Thanks to its simple Minecraft-style graphics, the game runs perfectly on almost any device. 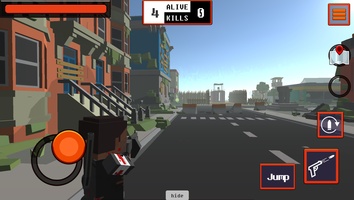 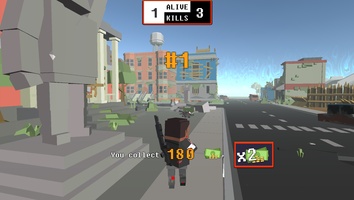 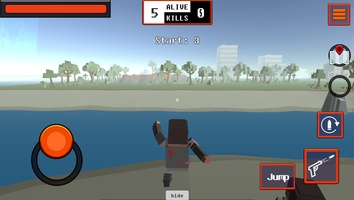 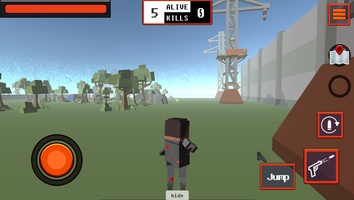