Euro 2016 France is a 3D soccer game where you can choose any team participating in France’s Euro 2016 and try to win all the glory. In addition to the tournament itself, which is the game’s main mode, you can also practice by playing friendlies.

Euro 2016 France’s control system is very traditional. On the left side of the screen there’s the virtual crosspad, which let you control the player you’ve selected. And on the right there are buttons to pass, shoot, sprint, and make long passes.

Unlike most other soccer games for Android, Euro 2016 France has everything you’d expect from a ‘proper’ soccer game. This means if you run into a player on the opposing team they’ll whistle you for a foul. And if you shoot from really far away you’re likely to send the ball flying over the goal. You’ll have to create plays and try to play smart in order to score a goal.

Euro 2016 France is a stupendous soccer game with nice graphics and lots of teams to choose from. Plus, all the teams are unlocked from the beginning. You can play as France, Spain, Italy, Germany, Wales, Ireland … whichever one you want. 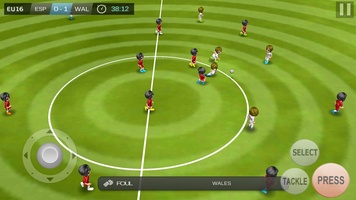 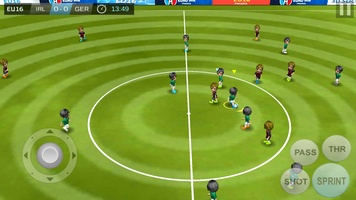 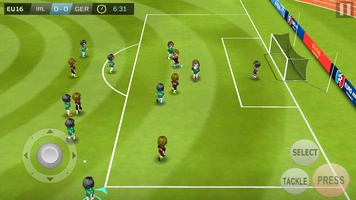 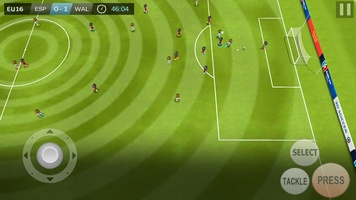 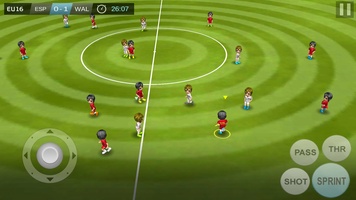 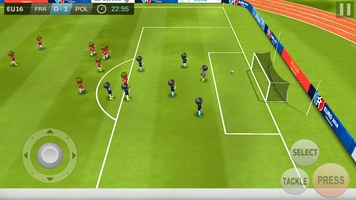 Futsal at the desk for Android