Epic Heroes War is a 2D strategy/role/action combo where you control a deity and must guide it through encounters with other creatures of titanic powers.

Gameplay in Epic Heroes War is pretty close to a 2D MOBA: each of the heroes you can use has a unique skill set that will recharge over time, with your goal being to annihilate your opponent. In addition, you also have weaker units that you can call on to assist you as you fight.

In total Epic Heroes War has over 20 different heroes, each with four unique abilities. Each hero has its own fighting style, so while Anubis is especially strong from a distance, Odysseus is more effective at close-range.

But there’s more to this game than just its wide variety of heroes. Epic Heroes War also has more than 200 objects, over 20 different types of units, and up to 60 different missions in the single-player campaign. And, of course, there is a PvP mode so you can fight against other players online.

Epic Heroes War is a simple but fun 2D MOBA that also has the perfect control system for touchscreens. 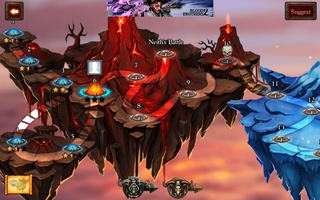 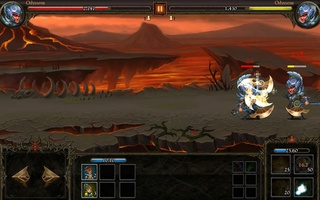 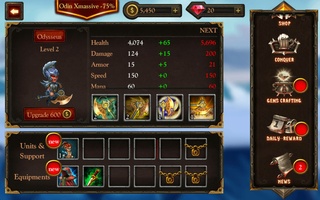 My Best Friend Bucky for Android