Dystopia: Modern Empires is a strategy game where you’re in charge of a base, doing everything you can to make it the best base ever in this futuristic world. This game is inspired by Clash of Clans, and you can play its amazing solo campaign or face off against other players all around the world.

In this management strategy game, you construct and improve buildings in your base as you level up. These buildings are crucial for accessing the units, buildings, and defenses you need to defend against invasions. Not only do you need certain resources, but you’ll also need to storm rival bases in order to continue improving your own.

Combat gameplay is typical for the genre: deploy units to available zones to automatically attack rival soldiers and buildings. If you destroy a rival base before time runs out, you get three stars and max out on rewards. Of course, the units you deploy disappear afterward, except for the heroes, who return to your base.

You can equip your heroes with various weapons and armor that you win either in PVP battles or the campaign mode. These heroes are key strategic figures; you not only attack with them but also defend your base with them.

Dystopia: Modern Empires is an excellent strategy game that combines the best of Clash of Clans and RPGs to great success. And the fact that it’s set in a colorful, dystopian future is one of the best aspects of the game. 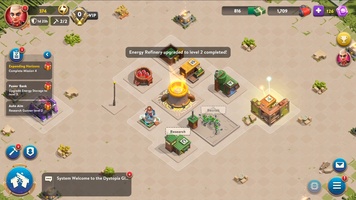 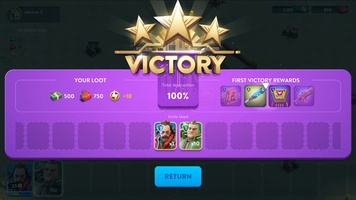 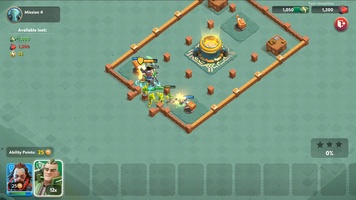 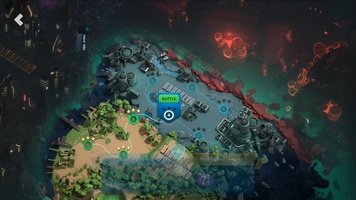 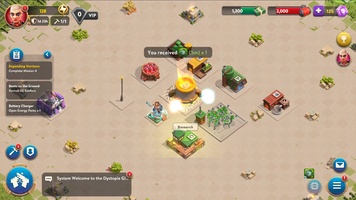 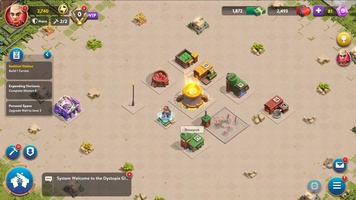