Dragon Blaze is an RPG where players create a character and lead a group of adventurers to face an invincible Dragon King, who has returned after a long period of inactivity to spread chaos in the realm of the humans. The game system in Dragon Blaze is similar to Vanillaware games like Odin Sphere (Playstation 2) and Muramasa: The Demon Blade (Wii), but with a more simplified combat system. In this case, all you have to do is tap the button for a skill in the moment you want to use it and the rest is automatic.

Between battles, players can manage their hero and team of adventurers. At the beginning, you create your character by choosing from five different types: warrior, archer, clergyman, wizard, or rogue. Each has his own skills, advantages, and defects.

As usual in the genre, throughout the adventure you’ll fine dozens of objects with which to equip your hero. You can also add dozens of different types of characters to you group of adventurers, and even combine them to create stronger characters. Dragon Blaze is an excellent RPG that, besides being fun, offers absolutely spectacular graphics. It wouldn’t be too much to say that Dragon Blaze has some of the most beautiful graphics of this genre on Android. 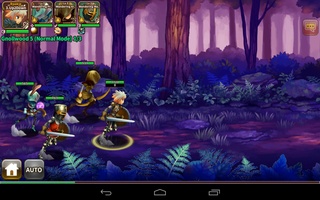 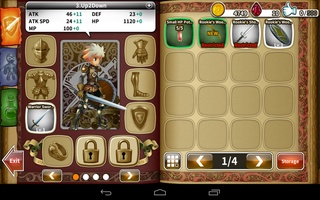 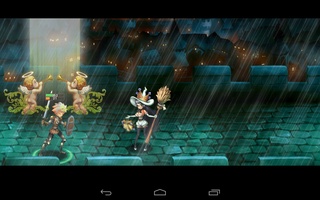