Dead Effect 2 is a first-person shooter set in a space station overtaken by zombies. Your objective is to escape from the space station alive, a complicated mission that unfolds over the course of a 20-hour campaign.

Before you start playing, you can choose between three different characters, each one with a unique ability. As you advance through the story, you can improve your abilities and unlock new powers, making it easier to defeat the zombies you run into.

You can also customize the gameplay in the settings. By default, there’s a virtual D-pad on the left for moving, plus weapon controls and action buttons on the right. But if you don’t care for this layout, you can choose another or create your own.

As you play the extensive campaign in Dead Effect 2, you’ll encounter all kinds of enemies that only get stronger and more powerful as you go. Of course, you’ll also have an arsenal with more than 40 weapons at your disposal, though you start with nothing more than a revolver.

Dead Effect 2 is, without a doubt, a top-notch FPS. Its gameplay is similar to traditional PC shooters, which is a welcome change of pace for Android. 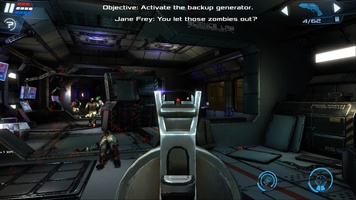 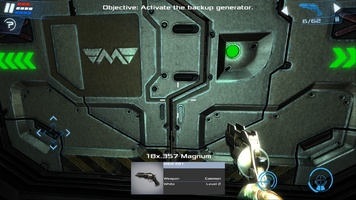