Cyberika is a spectacular third-person RPG set in a futuristic, cyberpunk world where corporations and neon signs have conquered all. At first glance, your goal is simply to survive. But thanks to the help of the AI implanted in your head, you can keep progressing until you’re the king of the city.

Like other Kefir! games, one of the most important aspects of Cyberika is collecting resources to make and fix various objects. Shortly after starting the game, you’ll enter your apartment, where you’ll find a desk, a computer and a kitchen… but before you can use any of them, you’ll need to make repairs. Luckily, you’ll have all kinds of screws, grids, metal plates, cables, duct tape, and other materials at your disposal.

The Cyberika world is absolutely enormous. Your adventure begins in a pretty small neighborhood, but after completing a couple of missions, you can explore the entire city. There’s also a car you can drive to move between neighborhoods, during which the game’s controls are similar to an endless racer, where you have the steering wheel on the left and the acceleration and braking buttons on the right.

Cyberika is an outstanding RPG that offers the closest thing to Cyberpunk 2077 on Android. This game contains hundreds of locations and objects, a fun and thoughtfully-designed crafting system, and graphics that exceed all expectation. You can even customize your character’s appearance whenever you want by choosing from dozens of hairstyles, faces, and clothes. 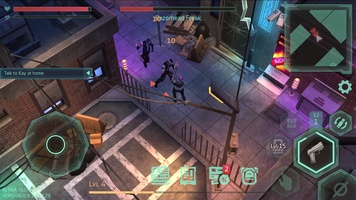 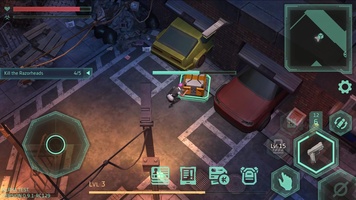 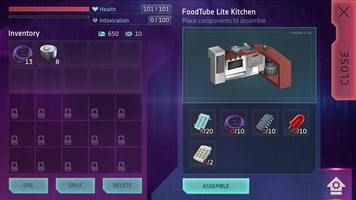 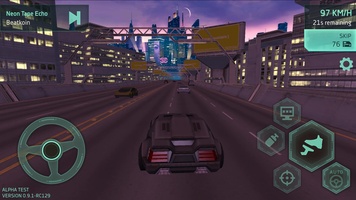 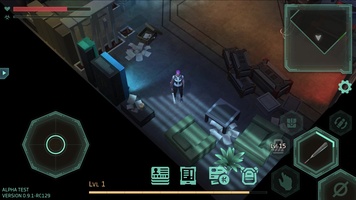 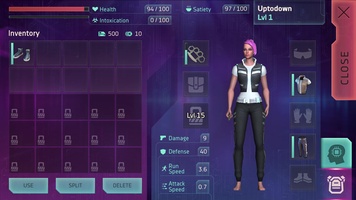