Cell To Singularity for Android

Cell To Singularity is an educational idle clicker where you can experience over 4.5 billion years of the evolution of the planet earth, in just a few hours of playing and with just a few taps on the screen.

The gameplay in Cell To Singularity is very simple: each time you tap the screen, you’ll generate entropy. This entropy will serve to get new elements on your planet. In the beginning, for example, you’ll have to add the primordial soup, bacteria, amino acids, eukaryotic cells, etc. Later on, when you’re generating much more entropy, you can start to create elements like marine animals or even human beings.

Each one of the elements you get with entropy will provide you with a series of benefits. For example, the prokaryotic cells will provide a small amount of entropy by the second, that you can increase as you level up. This way, the more entropy you have, the more you can generate.

Cell To Singularity is an exciting idle clicker that lets you learn while you have fun. The game also has a great soundtrack along with excellent graphics to go along with the whole experience. 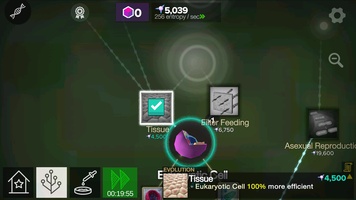 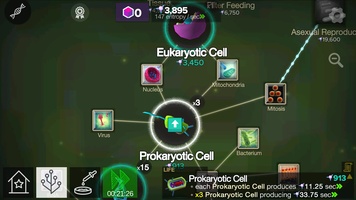 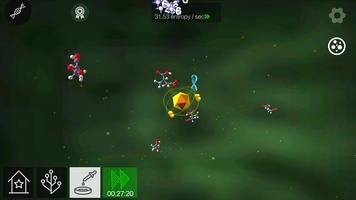