Brave Nine, formerly known as Brown Dust, is a turn-based SRPG where you get the chance to lead a group of mercenaries through an extensive ‘story mode’ that’s brimming with battles and characters to interact with. Gradually, you’ll be able to improve your army until you become the most powerful force in the entire empire.

The battle system in Brave Nine is both enjoyable and original. Firstly, you have to choose which units to deploy to the battle field and then what positions you want to put them in. The squires, for example, will do you more good in the front line, while the archers will be more helpful in the third or even forth. After that, you just have to decide the order of action.

In Brave Nine you can recruit more than 300 different characters, each with its own skills and attributes. Combining these characters will allow you to carry out thousands of different strategies, giving the game a strategic depth that’s rarely seen on Android.

The ‘campaign mode,’ in Brave Nine lets you work your way through over 500 levels where you have to strive for victory in battle after battle. That said, you also have to face off against other players in PVP mode as well. In this mode, you can put your mercenaries to the test against other players’.

Brave Nine is an outstanding SRPG that offers an original combat system and an incredible variety of levels and characters. The game also offers some excellent graphics with a detailed, yet somewhat questionable, anime style. 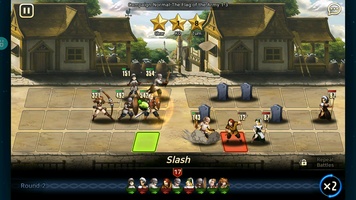 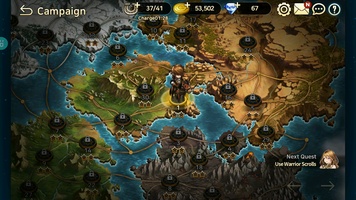 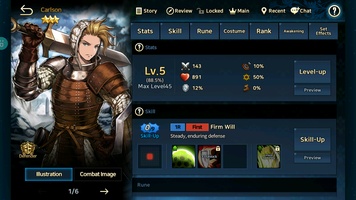 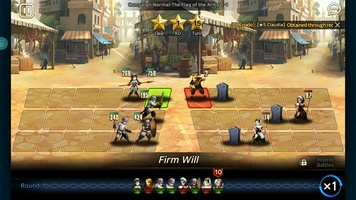 lsland Of lsolation for Android