Blue Ninja is a fun action-adventure game where players control an agile ninja dressed in blue whose mission is to stop crime in the city and help anyone in danger.

The controls in Blue Ninja are simple: on the left is a virtual stick for moving freely around the city. On the right are the action buttons for jumping, attacking, defense, rolling on the ground and throwing a rope that lets you fly through the air from building to building Spiderman-style. With these controls in mind, you have to try to quickly reach the trouble spots to try and stop them before it’s too late. It’s up to you to decide where on the map you go first.

The kinds of crimes that you need to stop will range all the way from petty theft to murders. Luckily, your ninja can fly through the air, run up the walls of buildings and fall from the top of a nine-story building without too much damage, so it won’t be hard to get to crimes quickly. It’ll also be easy to fight once you’re there, using your katana and action buttons to defeat the bad guys in the blink of an eye.

Blue Ninja is a good action video game where players can control a blue ninja committed to saving the city from countless problems. 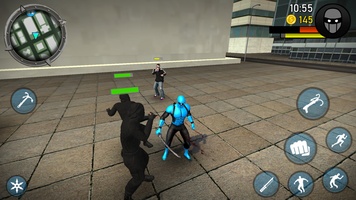 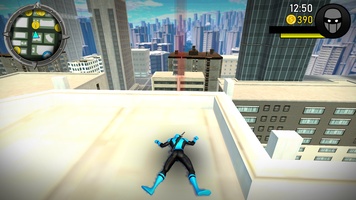 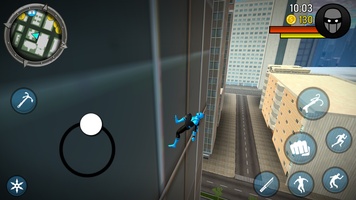 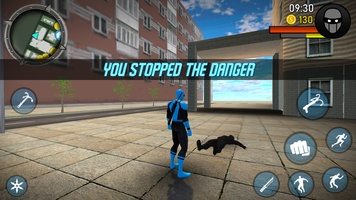