BLOCKPOST MOBILE is an epic FPS that puts players in the shoes of a skilled elite soldier. With a gameplay strongly inspired by the classic Counter Strike and visuals taken directly from the amazing Minecraft, BLOCKPOST MOBILE lets you enjoy addictive online battles where teamwork and good aim are essential if you want to win.

The controls in BLOCKPOST MOBILE are identical to those of any other FPS: you can move around the settings with the joystick on the left of the screen, and shoot, run, crouch or change weapons with the buttons on the right.

BLOCKPOST MOBILE has three game modes: the classic team Deathmatch, where you have to try and get more points than the opposite team, Sniper Arena, a variation of team deathmatch, where the only weapons you can use are sniper rifles, and Bomb Mode, where your goal is to plant or deactivate a dangerous bomb.

BLOCKPOST MOBILE brings nothing new to the genre, but it does have solid and fluid enough action that it’s worth giving it a chance. 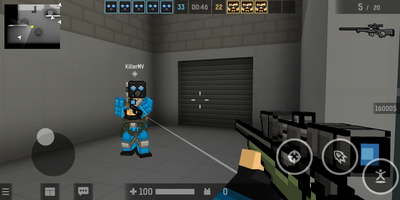 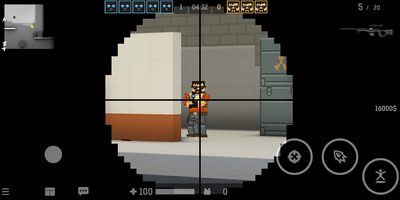 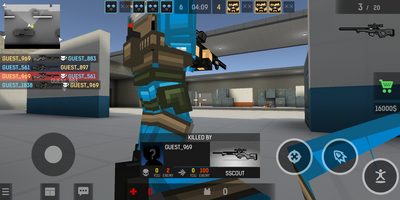