Bleach Brave Souls is a 3D action game where players control some of the most important characters from the well-known anime Bleach. Ichigo, Byakuya, Renji, and Kenpachi among many others join forces for the same cause: fight evil in the form of monstrous ghosts.

Game controlling in Bleach Brave Souls is very intuitive: with your left virtual control stick you move your character freely around each scene. On the right side of your screen you’ll find all of the necessary attack controls that allow you to fight your enemy with a number of different buttons for each combat move. In your upper left corner you’ll find buttons that allow you to change your main character during missions.

Each mission in Bleach Brave Soul is pretty short. In most cases, you’ll be able to finish them in under two minutes. Especially because each scene is very detailed but also very small. In each scene you’ll find hidden containers with occult objects thanks to which your character will improve.

Between one mission and another, you get to improve your characters. As they make their way up the ranks, your characters will become more powerful, gaining more max life points and inflicting more damage during attacks.

Bleach Brave Souls is a 3D action game that is heavily inspired by the Bleach universe. It has excellent system controls and eye popping visuals. The only hang up in this game is that you’ll need to download a lot of additional data. 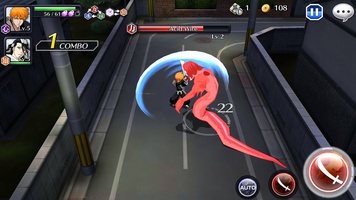 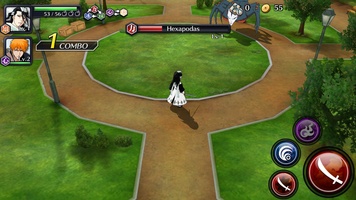 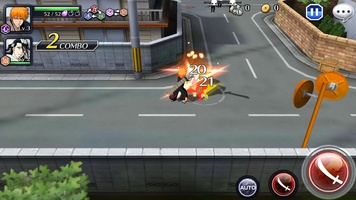