Basketball Arena is a sports game that’s similar to Head Ball. The same bobble-headed athletes are back, but this time they’re playing on basketball courts. With intuitive gameplay, you can have a great time while trying to score more points than your opponents.

Basketball Arena has 2D graphics that are similar to those in other games from Masomo. Unlock tons of characters with different abilities, then face off against other players.

Tap the arrows on the left side of the screen to move your character forward or backward on the track, and tap the action buttons to shoot or block your opponent’s shots. You can even use special attacks to make things more complicated for your opponent. Of course, it’s also important to conserve energy to keep your opponents from getting the advantage. And for more fun, try playing against your friends.

Basketball Arena has great gameplay that leads to exciting basketball matches against other people from all over the world. Pass the ball and sink shot after shot from anywhere on the court, doing everything it takes to score more points than your opponents. 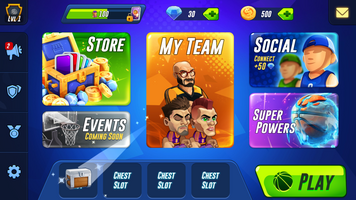 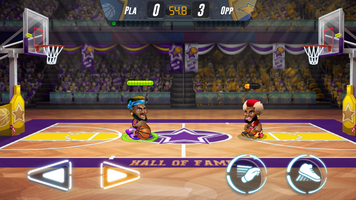 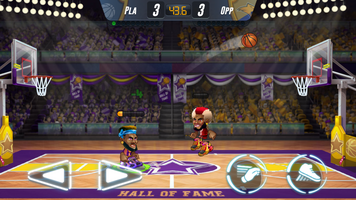