Angry Birds Evolution is an action RPG from the ever-popular Angry Birds franchise. Its 3D charm adds on new levels of playability that stand out from the rest of the saga created at Rovio. We’re looking at a title that incorporates many of your favorite aspects from regular roleplaying games mashed up with the zany, off-the-wall action common to any Angry Birds game.

Game systems in Angry Birds Evolution are easy to learn but tough to master. You’ll be shooting piggies non-stop until they’re all finished off. During your turn, you’ll launch your birds and the piggies themselves will be on the offense whenever it’s their turn to make a move. Mainly, your goal here is to strike down those piggies before they get you first.

One of the main points in Angry Birds Evolution is its cast of characters. As you play, you’ll unlock new birds to add to your team. But, you can also opt to unlock new characters by trading in the eggs you pick up as you play. With over 100 different Angry Birds available for you to choose from, you’ll find classics like Red, Bomb and Chuck.

Angry Birds Evolution is a fun RPG with an enormous campaign mode that’ll keep you busy on loads of different missions and facing off against big bosses after each level. Plus you can also check out some of the other game modes and switch to battling other players. 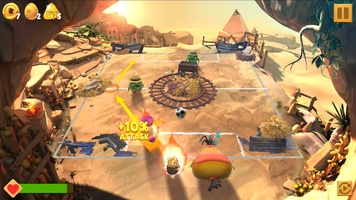 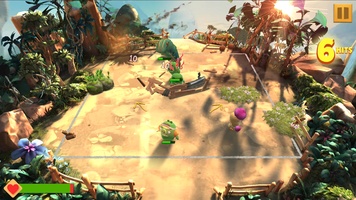 Kamihime Project A for Android

Rings of Anarchy for Android